skip to main | skip to sidebar

Yes.  It's been forever.  Not much to tell other than she's getting bigger and smarter every day.  While Via is physically on par with most kids, according to the pediatrician she's advanced in problem solving abilities.

When we were trying to get her to crawl (and before she learned how to roll over) Barbara placed her on the floor with a blanket underneath her.  At the end of the blanket she put a toy and tried to entice Via to crawl to it.  After a few moments of trying and going nowhere, Via grabbed the blanket and started pulling on it, dragging the toy closer and into her grasp!

On another occasion (after she had learned to roll over) we tried the same thing, only without a blanket this time.  Ha!  Parents got smart!  Problem is she got smarter too.  This time, she rolled onto her back and started kicking her legs against the floor, scooting on her butt and back.  Occasionally she would look over her shoulder to see how close she was to the toy before rolling back over and slobbering all over it.

Needless to say we're going to great lengths to hide cookie jars and other things she'll want to build contraptions to get to. 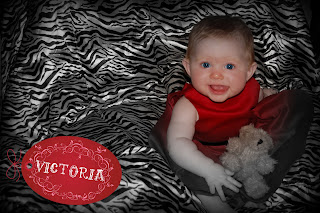 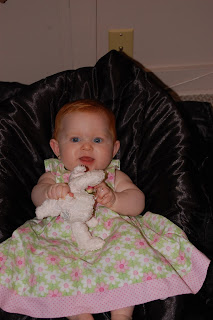 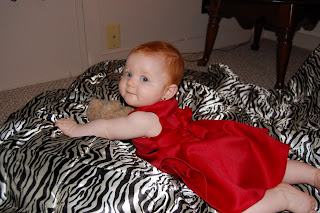 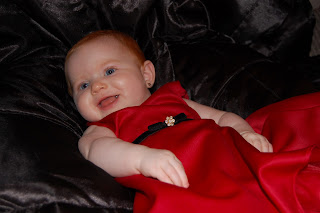 Posted by Mark Spalding at 3:50 PM No comments:

Baby's Day At the Beach

It took a week or two, but we finally got the pics from the camera to the computer.  While we tried to keep her out of the sun as much as possible, we did take some time to throw Via in the ocean to see if she floats.  (just kidding, we dipped her to see if she would melt though). 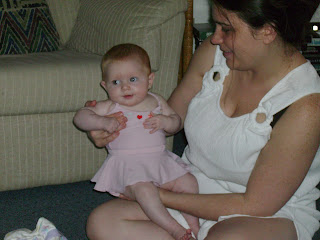 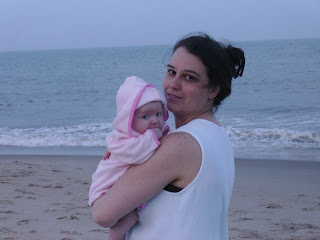 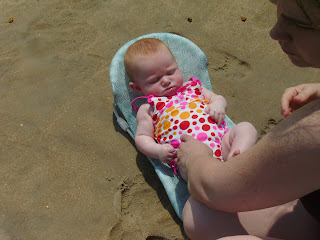 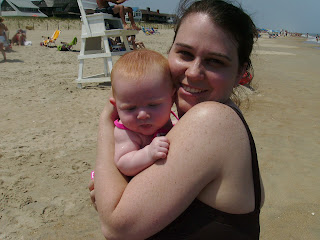 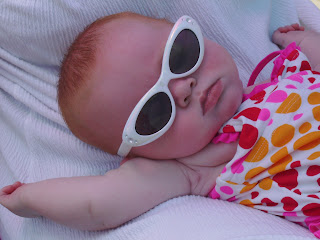 Posted by Mark Spalding at 11:30 AM No comments:

Last Thursday my choir had their year-end party.  Every year we have a different theme (last year was the swinging 60's with jello mold salads which were as disturbing as they sound).  This year's theme was "The Prom".  I could work with that one. :p

Barbara was unable to attend due to a prior commitment to a new photography class she's taking, so my date was my little girl.  Barbara made sure she had a wonderful dress to go with my semi-tux get up (the shirt, tie and cumber bun from the outfit I wore a couple years ago to the James Bond New Year's Gala down in D.C.) and we were off to the ball.

Needless to say she was the hit of the party and it was determined very early on that we were walking out of there with some hardware.  So after some food, some dancing (which we got started, my little girl is a Party Starter!) and a nap, Via was crowned Prom Queen (along with the organist) and they had their King and Queen dance!  We took the crown home and will have it bronzed (ok maybe not). 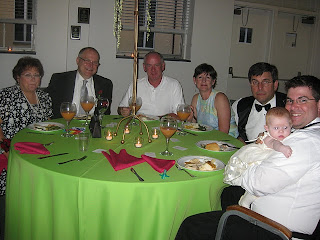 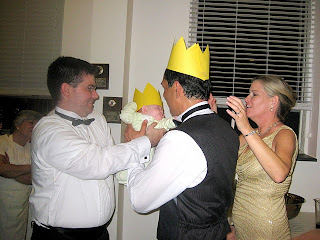 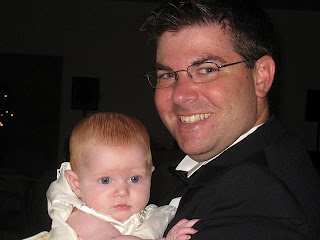 Posted by Mark Spalding at 10:20 AM No comments:

While Via is now teething (oh what fun), she is also now trying to have full blown conversations.  I'm not entirely sure just yet if she's having them with us or with herself, but she seems to be quite adamant about her points! :p
Posted by Mark Spalding at 9:42 AM 2 comments:

Ok.  Not so much for mom and dad, but Victoria is getting in a good amount of sleep time through the night now.  She's definitely a morning person too.  Very bubbly and happy at 6am in the morning.  Mom and Dad?  Not so much.

She's also starting to coo and grab at things.  This is definitely becoming more and more fun!
Posted by Mark Spalding at 8:48 AM No comments:

All the planning and fussing to get the house ready for the Christening party and it last for 4 hours and now we get to clean up again!!  Yay!!

It was worth it though.  Lots of fun.  Lots of Chocolate! (with a capital C) and it was an awesome day.  75 degrees and sunny.  No wind (which was a change from the previous weekend when there were 50 mile-an-hour winds knocking branches off of trees) which was a good thing!

Victoria also seems to be back to normal.  She's not spitting up nearly as much and isn't as fussy as she's been the last few weeks with the illness.  I'm better too, but I've managed to get half of my coworkers sick as well.  Go me!  Tomorrow I will start planning on the downfall of the Chinese civilization.

And Pictures!  Because everyone loves them so.... 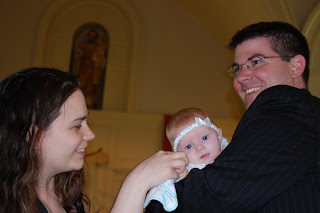 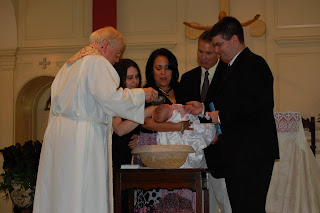 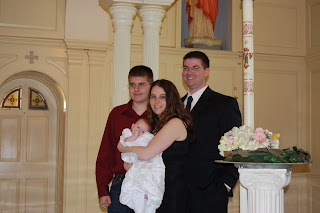 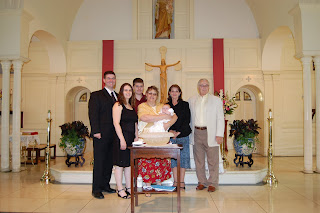 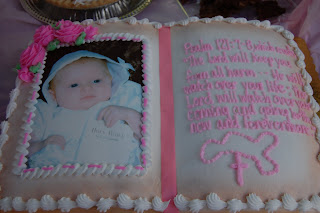 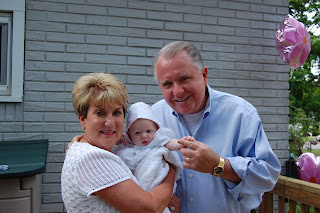 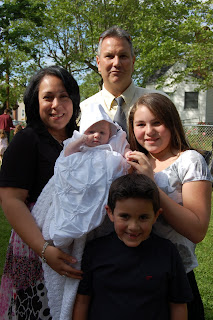 Posted by Mark Spalding at 10:31 AM No comments:

Out of the Woods?

We may be through the worst of it with the sicknesses. As long as Bea doesn't get sick now we're golden! Via seems to be doing better and hopefully we can put her on a more formula-based diet as her poopy diapers have degenerated into a rather messy affair every time (icky).

The one plus is that she is 12 weeks today! And will be 3 months old on the 18th (at which time we will start counting her age by months rather than weeks which is another milestone!).

Christening on Sunday. Chocolate goodness here we come!
Posted by Mark Spalding at 9:51 AM No comments:

Links to sites that may or may not be important to others, but are to us.
The REGISTRY
Tessa & Alan's Blog
Amy & Ian's Wedding Page

What We're Listening To

This and That
Random pamphlets on how to care for baby.